Calendula maritima is found within a broad variety of plant communities associated with coastal ecosystems, on mobile or hard substrate due to its ecological plasticity.

According to the Handbooks for the Interpretation of Habitats of Community Interest (sensu Directive 92/43 EEC) the main habitats in which it can be found are: 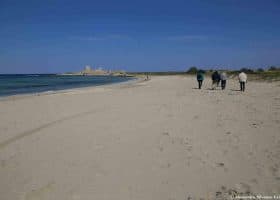 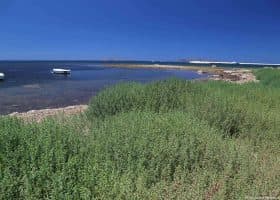 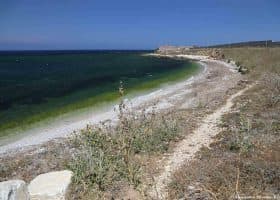 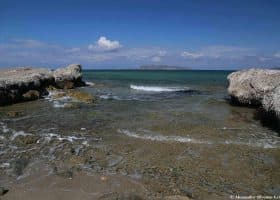 It consists of communities occupying deposits of drift material and gravel rich in nitrogenous organic matter (Cakiletea maritimae). They include formations dominated by alonitrophilous herbs that colonize the sandy and pebbly beaches near the shoreline, where the organic material carried by the waves accumulates and decomposes creating a substratum rich in salts and decaying organic matter. The habitat is widespread along all the sedimentary coasts of the Mediterranean, where it develops in contact with the aphytoic zone constantly influenced by the wave motion, and towards the hinterland with the perennial psammophilous formations. 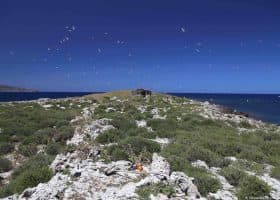 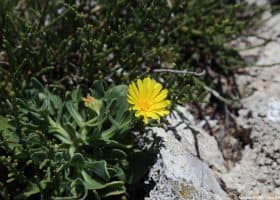 This habitat includes the vegetation of rocky cliffs and shores of the Mediterranean, with uneven cover of lito-halophilous species, adapted to colonize rock splits and to withstand the direct contact with sea water and marine aerosol. The communities related to this habitat host numerous endemic species of the genus Limonium. With this regard, it should be noted that the coasts of Trapani province host many species with very restricted distribution, such as Limonium densiflorum, L. lojaconoi and L. ponzoi. 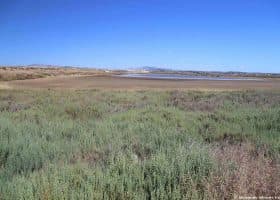 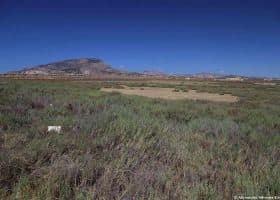 Halophilous communities dominated by succulent shrubby Chenopodiacee of the genera Sarcocornia and Arthrocnemum, essentially with Mediterranean-Atlantic distribution. They are characterized by low levels of species richness and usually colonize clay soils from hyper- to meso-alines, flooded in the autumn-winter but also subject to long periods of desiccation. 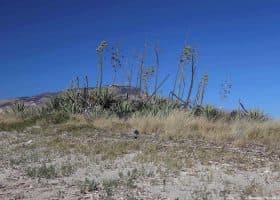 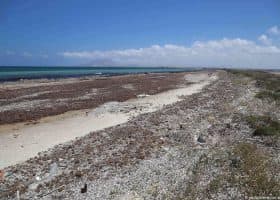 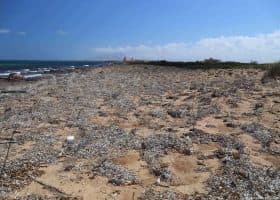 Psammophilous coast communities representing the first stages of dune colonization, constituted by ripples or raised sand surfaces of the upper beach or by a seaward fringe at the foot of tall dunes. 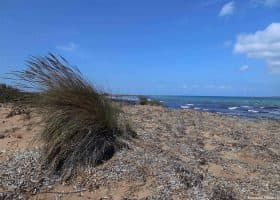 Communities of perennial pioneer species (mostly chamaephytes and low shrubs) that develop on the internal side of the mobile dunes, and on more stable and compact sands in which the pedogenesis started.